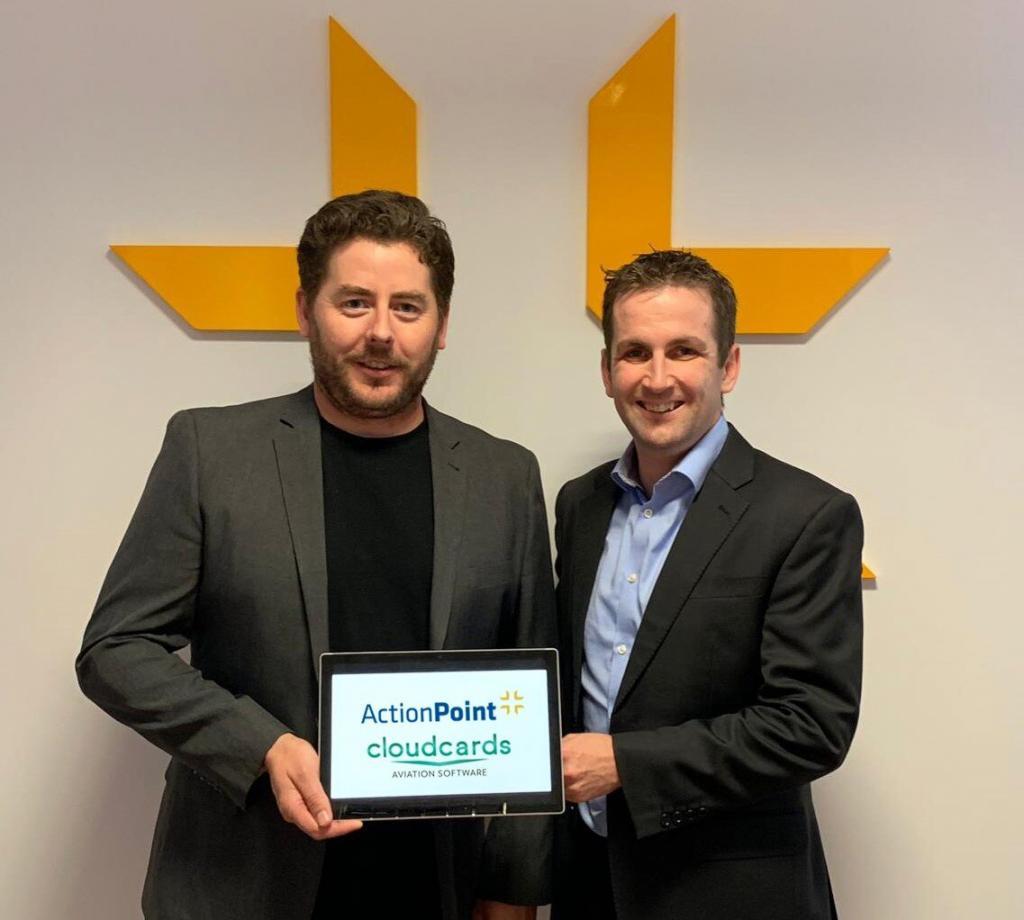 Limerick, 10/07/19 – cloudcards, the Limerick based aviation technology company is excited to roll out a new feature to its AMS (Asset Management Software) product which will aim to reduce risk and improve efficiency for its aviation leasing customers worldwide.

Designed and developed by fellow Limerick firm ActionPoint and built on the Microsoft Azure platform, this new feature is focused on Maintenance Reserves claims which act as an insurance policy for aircraft lessors who need to include a reserve fund to protect against maintenance, repairs and other costs while an aircraft is being leased.

The Maintenance Reserve claims function is described by cloudcards CTO Barry Fitzgerald as  “a huge time-saving for our aircraft leasing customers who can now manage the full maintenance reserve function through our application from Engineering to Risk all the way through to Finance. Furthermore, this new system update has been delivered on-time and in-budget by the ActionPoint team.”

ActionPoint CTO John Savage said, “We have been delighted to support cloudcards during every step of their journey. Brian and Barry came to us with an ambitious vision in 2015 on what they wanted to achieve and watching each new feature enter production and to see the market respond positively is very rewarding for the greater team here at ActionPoint.”

In 2017, ActionPoint assisted cloudcards with the launch of AMS which helped the then fledgling startup to attract 1.5 million euros of private investment enabling the company to begin expansion into China and South Korea. The AMS system has enabled cloudcards to capitalise on the global Aircraft leasing industry which is expected to grow to $USD 62.2 billion by 2023.