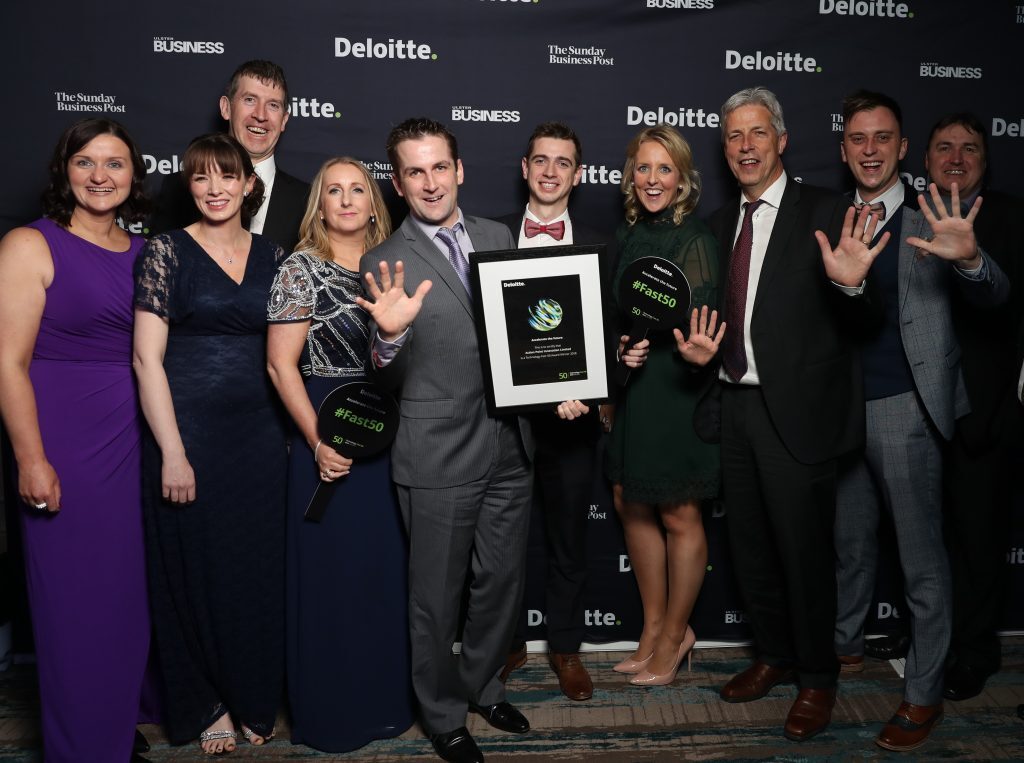 Limerick, Tuesday 6th— ActionPoint Technology, the award winning IT and Software firm based in Limerick, today announced that it ranked 34 in the 2018 Deloitte Technology Fast 50, for the 5th consecutive year. The Fast 50 lists the fastest growing technology companies in Ireland. Rankings are based on average percentage revenue growth over four years.
ActionPoint’s CEO David Jeffreys attributes the success of the company’s growth to the fact that the firm has the ability to support its customers across a wide range of areas, from infrastructure to mobility, from cyber-security to custom software.

“While we have grown both nationally and internationally, I can also say that our location in the mid-west has been a contributing factor. Our proximity to Shannon Airport has facilitated our US expansion, and the quality of life available in the region has allowed us to attract (and keep) excellent IT talent, which is another competitive edge”.

Cumulatively, the 2018 Fast 50 winners generated approximately €2.5 billion in total annual revenues in 2017. The average revenue of companies featured in the ranking was approximately €50 million, while the average growth rate of the companies over the last four years was 373%. Compared with last year, there are 17 new companies on the ranking. 12 of these are first-time entrants, while five companies have re-entered the list, having featured in previous years.

Only 8 companies from the Munster region were listed this year, with ActionPoint the only firm to be named for the 5th year. Announcing the winners at the Deloitte Technology Fast 50 programme, David Shanahan, Partner, Deloitte, said: “Congratulations to our 2018 Deloitte Technology Fast 50 companies. Through these awards, we recognise Irish technology companies that are at the cutting edge, using technology for progress, to address the challenges that we all face and to create opportunities, both for themselves and for those that use their products.