What does “Partner-First” mean for ActionPoint’s Customers?

After a busy month of news and announcements, I caught up with David Jeffreys to talk Public Cloud, Common Sense Security and how the long-game can really pay off with partners.

Last month, ActionPoint returned to Microsoft’s flagship partner conference ‘Inspire’. This was the third year in a row that the Senior Management team had visited the event.

ActionPoint are always excited to attend partner conferences such as Inspire as it gives the Senior Management team at the company the opportunity to gain insight into the strategic direction of our global technology partners. 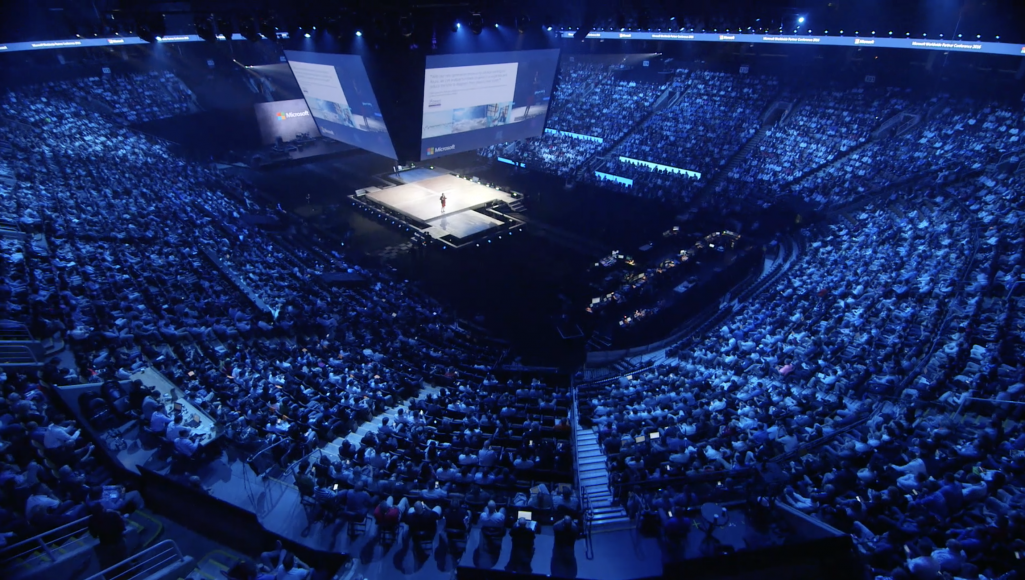 ‘The World is watching’, the main stage at the conference was packed for keynotes from Ron Huddlestone and Satya Nadella.

Delegates from 140 countries crammed into the Walter E. Washington conference hall last month. Microsoft CEO, Satya Nadal spoke of Microsoft’s intention of becoming a ‘Partner first’ organisation, a strategy that will see them work with and support the ecosystem in an even larger capacity. Ron Huddlestone, Corporate VP at Microsoft said that the company would invest $USD250 million into supporting partner’s service to end customers.

“For customers of ActionPoint, this means more expertise, training and service packages from your technology partner but also, better access to new and improved services like never before!” according to David.

Another very impressive number boasted by Microsoft was “70 million,” this is the number of people worldwide employed by partners present at the event. This figure is all the more impressive as most of these people work in the ‘digital realm’ according to CEO, Satya Nadella.

Microsoft now has more than 64,000 cloud partners, which is more than Amazon.com, AWS, Google and Salesforce.com combined. This immense strength in numbers is core to Microsoft’s partner-led strategy of the future.

And Microsoft is clearly valuing this strength in numbers. Each year at the Inspire event, leading executives from the technology giant invite partners from around the world to take part in round table discussions to discuss future innovation in Azure, IoT and Virtual Reality.

ActionPoint had the privilege of enjoying face time with Rodney Clark, Vice President, IoT and Hololens Sales and Mark Day, Microsoft Hololens Global sales Lead. The guys were able to give us high level reasoning behind Microsoft’s core strategy and were also able to give us advice on our new product, IoT-PREDICT .

Competitive Forces are good for Microsoft

David believes a more competitive marketplace has forced Microsoft’s hand a little but that they are now in a position to become ‘THE’ dominant player in cloud computing and he urged skeptics to “exercise some caution before writing them off.”

“20 years ago, Microsoft had little to no competitors in consumer and business software. Early Window’s Operating systems featuring Word, Excel and Powerpoint were ubiquitous and Microsoft held near monolopy in the early days of PCs,” according to Jeffreys. Move forward to the late noughties and onto the present day and we see big names like Google and Amazon gaining large market share within cloud storage and computing while Apple have become a huge player in consumer devices (iPOD, iPHONE and MAC) and support services such as iTunes and the AppStore.

Regarding Operating Systems however, Windows has remained a constant for both enterprise and consumer users and this will act as the foundation for future success. On top of this, Microsoft’s scale will ensure that if they can get the service offering correct, they will recapture any lost market share…and then some. 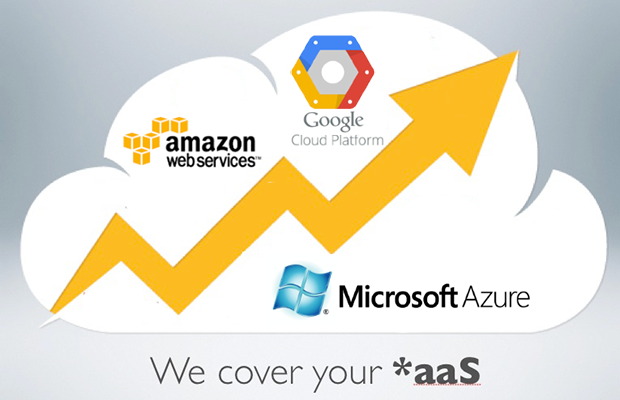 ‘Battle of the Cloud’ via dazeinfo.com

‘What products and services’ you ask?

Azure Stack
Microsoft announced that Azure Stack, the company’s hybrid cloud platform, is available for ordering from initial hardware partners HPE, Dell EMC and Lenovo. Azure Stack is an extension of Azure and allows organisations to run Azure services from a local data centre. Azure Stack’s key applications include meeting a ‘security and compliance requirement’ or where you need to access Azure resources without the internet.

Microsoft and its partners will now be able to sell the company’s commercial offerings as a “family,” which will be known as Microsoft 365.

The offering brings together productivity applications (Office 365) along with Windows 10, device management and security into “one comprehensive solution,” Microsoft said.

Many people questioned Microsoft in the wake of ransomware outbreaks such as Wannacrypt. Much of the damage was done to machines running Windows XP. David made the following comparison to address this issue. “Companies running Windows XP were essentially walking around with iPODs in their pocket, a completely dated and nearly obsolete technology.”

He said that “company directors have a duty of care for their staff, their customers and their investors and that running up to date technology was a crucial component of this duty of care.”

Finally, David commended the “brilliant work” of the team at ActionPoint after winning Microsoft SMB Partner of the Year at last month’s event in Washington. 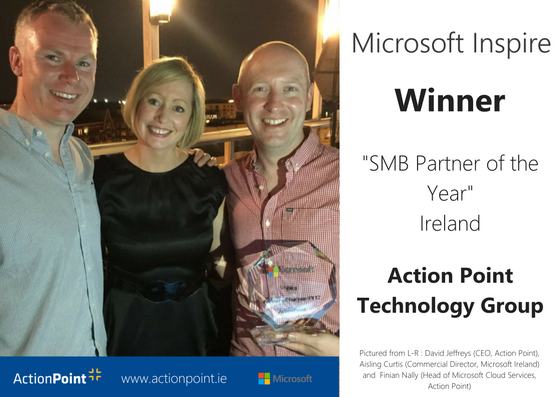 If you would like to learn about Azure, Office 365 or any of Microsoft’s suite of business products, please do not hesitate to contact us.